Escape the four walls of your lockdown home and go on holiday with four modern Scottish artists, via paintings in UK public collections.

The stimulus provided by visiting new places is captured in Mediterranean Hill Town of 1923 by William McCance (1894-1970). He was born in Cambuslang and trained at Glasgow School of Art. During World War One he was imprisoned as a conscientious objector, but was given leave to marry the artist Agnes Miller Parker (1895-1980) in 1918. Two years later they moved to London where they were amongst the few Scottish artists in the English capital to engage with modernism between the wars.

McCance began Mediterranean Hill Town after visiting Bogliasco, near Genoa. Its distinctive viaduct can be seen towards the upper right. Responding to his foreign surroundings, McCance created an extraordinarily complex scene of steps, walls, buildings, paths and archways. The town appears part living organism, part machine with the building towering over it at the upper left akin to a robot’s head. The severely schematised forms writhe around in the dense foreground, giving way to the simplified hills and sky at the top of the composition. The painting was purchased from McCance’s second wife, Margaret McCance, in 1974 by Dundee Art Galleries & Museums, with the assistance of the National Fund for Acquisitions.

The first place that many people head to when they go on holiday is to the beach. Alberto Morrocco (1917-98) portrays the joy of unwinding at the seaside in Bathing Tent and Boat of 1976. Born in Aberdeen to Italian immigrant parents, Morrocco trained at nearby Gray’s School of Art. During World War Two he was detained as an enemy alien in Edinburgh Castle. He went on to teach at Duncan of Jordanstone College of Art in Dundee for over thirty years.

Morrocco visited Italy for the first time since childhood in 1950 and returned regularly thereafter, as well as travelling throughout Europe and beyond. Bathing Tent and Boat is divided into three almost equal horizontal bands, from sand to sea to sky. The monumental forms of the bathing tents in the foreground give way to sunshades stretched out in front; they lead the eye to the masts of the boat on the foreshore. A solitary boat can be seen in the distance, close to where the serene sea joins the horizon. The green of the seated woman’s top introduces a colour highlight, whilst the standing man’s tanned body is evidence of extended periods spent under the sun. The introduction of the graphics ‘20’ on the left-hand tent and ‘MARIA’ on the boat and, indeed, the artist’s signature at the lower left, contrast with the flat blocks of colour which make up the majority of the image. The atmosphere is calm and the scene inviting, in a painting which was bequeathed by Mrs Diane Maud Stirling-King to Manchester Art Gallery in 2003, through the Art Fund.

Having explored their immediate surroundings, many holidaymakers then strike out to discover the wider region in which they find themselves. Anne Redpath (1895-1965) celebrates the rural setting of a Spanish village in a work of that name made in about 1950. Born in Galashiels, Redpath studied concurrently at Edinburgh College of Art and Moray House College of Education. In 1920 she married the architect James Beattie Michie (1891-1965) and they moved to France, where they lived for fourteen years. On her return to Scotland with their children, Redpath eventually settled in Edinburgh and enjoyed regular painting trips abroad.

In Spanish Village, Redpath shows the clustered white buildings of the titular village surrounded by cultivated fields. They give way to olive tree groves in the foreground and looming mountains in the background. A gentle palette based on shades of blue, green, grey and pink is used to convey a sense of warmth with a threat of rain. Thickly applied paint provides texture and suggests form, whilst gestural details, such as those indicating windows, are combined with the expansive rendering of mid-distance buildings and the sky. Painted from a high vantage point, the scene is unpopulated but not eerily so, enticing tourists to visit the village. The work was bequeathed by Margaret Davies to the National Museum Wales in 1963.

Summer 1914 (Margaret Morris) of 1934 by the Scottish Colourist John Duncan Fergusson (1874-1961) encapsulates holiday relaxation and the blissful shedding of normal responsibilities and concerns. Born in Leith, Fergusson studied sporadically at the Académies Colarossi and Julian in Paris before moving to the French capital in 1907. There he was able to witness and indeed contribute to the birth of modern art before moving to the south of France in 1913. That year he met the dance pioneer Margaret Morris (1891-1980) with whom he spent the rest of his life.

Morris stayed with Fergusson in the Cap d’Antibes during the summer of 1914 and it was this idyllic period which he recalled when he painted Summer 1914 (Margaret Morris) twenty years later. Morris is seen reclining in a hammock, with her arms entwined above her head. The hammock is strung up within a sun-dappled natural arbour, which gives way to a full-length woman standing in the middle distance. The image oozes with languid sensuality. Morris was to recall ‘the wonder of that summer…passes all description…I remember standing on the tiny balcony and saying to myself – nothing can ever be as perfect as this’. However, it was whilst there that the couple learnt of the outbreak of World War One and their French arcadia came to an abrupt end. The painting was given to Perth and Kinross Council by the J. D. Fergusson Art Foundation – established by Morris after the artist’s death – in 1991.

Here’s hoping that memories of past holidays will provide some consolation to those unable to get away this summer. For others lucky enough to be able to travel, this year’s holiday will surely be all the more appreciated coming after lockdown.

You may also enjoy: 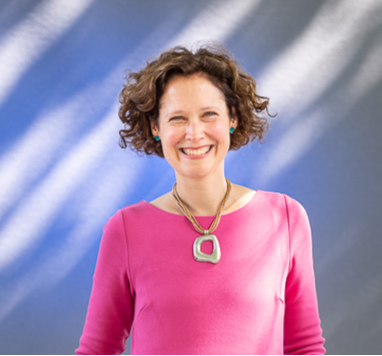 I am passionate about modern and contemporary art and would like to share that passion with you.